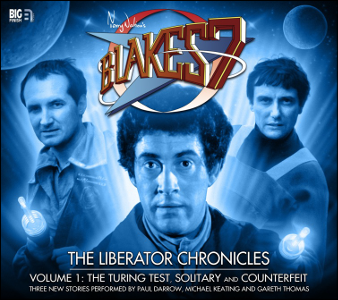 Over the past few years, there have been a number of new B7 audio productions. We've had re-imaginings, re-castings and re-bootings in the audio plays. We've had 'The Early Years' of some characters. These haven't been entirely without merit: good writing, acting and production values make for enjoyable listening. However, in each case my reaction was “It's good – but is it Blakes 7?” And invariably the answer was: “Um. Not really...”

Now Big Finish have stepped up to the mark, with stories set within the original B7 universe – indeed, within Season 1 of the TV series – and, most importantly, starring the original actors. At last, THIS is what we've all been waiting for! Big Finish already have a great reputation for their TV spin-off books and audio productions, and their foray into Blake's 7 demonstrates how well-deserved this reputation is.

The Liberator Chronicles is described as an 'enhanced audiobook', a cross between an audiobook and a play. Each story focuses on one main character and is narrated by them, but in addition there are dialogue scenes with a secondary character, which dovetail nicely into the narration and – yep, enhance it. As a device, this works well, thanks in no small part to excellent writing that moves smoothly between the first-person narration and the dialogue scenes, together with the sound design that provides different qualities to the tone of narration and 'live-action' sequences. Excellent background music and sound effects by Alistair Lock enrich the scenes still further. It's lovely to hear all the classic sounds again; the bracelet chimes, the teleport effect, Zen's background hum - even Zen himself occasionally saying +CONFIRMED+. I did wonder whether old sound clips of Peter Tuddenham were used, but it's the narrator of each story who also provides the voice of Zen, with Michael Keating's rendition being particularly good. 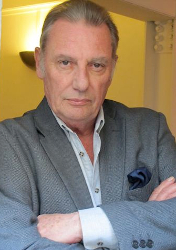 1.1 The Turing Test by Simon Guerrier.
Performed by Paul Darrow and Michael Keating
In the first story, Avon is the main character and narrator, while Vila takes the secondary role. The story takes its title from the test devised by Alan Turing of a machine's ability to exhibit intelligent behaviour. In this tale, Avon and Vila infiltrate a scientific base pretending to be a genius scientist (Vila) with his android creation (Avon). The scientists on the base are also working on an android project for the Federation, and are more than intrigued. What begins as an entertaining Avon-Vila caper develops a deeper, more emotional resonance as Avon gets drawn into the scientists' research. It's a good story that ties in neatly with Project Avalon.

Paul Darrow does a great job narrating, and it's a joy to hear him and Michael Keating together again as Avon and Vila. Occasionally Paul sounds more like the Avon of Season 4, rather than Season 1, but there's great depth and feeling in his performance.

1.2 Solitary by Nigel Fairs
Performed by Michael Keating and Anthony Howell
Vila takes centre stage in the next story, with new character Nyrron providing the secondary role. Waking up locked in a cell with 'the worst hangover ever', Vila can barely remember who he is, let alone where he is and how he got there. Is he on the Liberator, or a clever replica of the ship? Where are the rest of the crew? And what terrible thing has he done, that he cannot remember doing, that has led to his predicament? The mysterious Nyrron says he is a psychiatrist, helping to draw out Vila's memories. But is he friend or enemy? 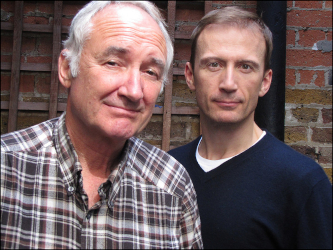 This is a superb psychological thriller. It lends itself perfectly to the two-actor format, as Vila recounts memory flashbacks in response to questioning, rather than blocks of first person narration. The events unfold in a gripping fashion, and although I guessed the twist, it was almost at the point at which it was revealed anyway.

The performances are outstanding – Michael is terrific as Vila, reprising the role as if he's never been away. Anthony Howell as Nyrron is utterly convincing. The music and sound effects once again add an additional dimension, with subtle clues as to what is really going on.

1.3 Counterfeit by Peter Anghelides
Performed by Gareth Thomas and Paul Darrow
Finally, it's Blake's turn to narrate and star, this time in an action-adventure, with Avon in secondary role. Blake infiltrates a mining facility, with the hope of subverting the mine workers and preventing the Federation getting hold of the powerful mineral Illusium. The story is very much in keeping with some of Season 1's adventures, and although it lacks the emotional depth of The Turing Test and the gripping suspense of Solitary, it's a fun ride. There's a departure in style, as Blake (or should I say Gareth?) provides a 3rd-person narration of scenes featuring other characters where Blake himself isn't present. These moments aren't part of Blake's own story, but still work quite well. The dialogue scenes between Blake and Avon are as good as any in the original series, while the narrated action scenes are once again enhanced by well-chosen sound effects and background music. 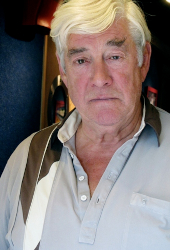 In summary, I'm really pleased to say that at last we have a new audio production that I can whole-heartedly recommend. With the original voices, familiar sound fx and three well-crafted stories, this is the Blakes 7 that we know and love!

Liberator Chronicles Volume1 is still available from Big Finish on CD (while stocks last) and on digital download.

Full details of their range of B7 audio dramas, audio books and original novels can be found here: Big Finish B7 Hub