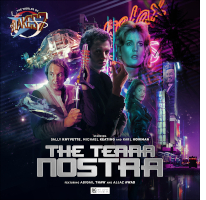 Once again, Big Finish have taken over where the television Blake's 7 left off... this time exploring leads from the episode Shadow, where we learned about the Terra Nostra and their drug-funded Mafia-like empire of coercion and control. 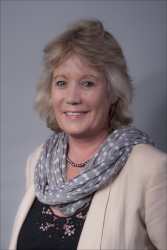 Add to that a writer who imagines Blake's 7 as 'cynical, dark, bitter comic machismo' and you have the makings of a fascinating whodunnit, where 'not everything is as it seems, and by the end, you don't know who to trust'.

If your planet relies on one crowdpulling attraction for its main source of income, what happens when it loses its appeal? It's a problem that the newly-elected President of this independent planet needs to solve, if he is to fulfill his manifesto pledges to stand up to both the Federation and organised crime. Jenna Stannis (Sally Knyvette), armed with prior knowledge and a cynical streak, becomes involved in a web of deceit and danger from which it's hard to see a way out.

It's a strong script, perhaps predictable at times, but an enjoyable web of intrigue, craftily put together. The newer cast members work well, while Sally revels in exploring the darker side of Jenna's character.

Director Lisa Bowerman is credited with making the recording session work, when her actors were scattered in different locations due to Covid restrictions. It's clear that work has gone into understanding the background of the characters, although these details don't always come across to the listener.

I had some difficulty separating voices, but this might be explained by the fact that most of the cast were playing more than one role. It's still a great story, which also nicely sets us up for what comes later.

2. Entrapment by Robert Valentine
From Jenna we move to Vila (Michael Keating), and his genius for being used by other people. He's described as a 'Master Cracksman', and certainly manages to pick a few locks in this tale.

If we weren't quite sure who we could trust in the first of these three stories, be warned that here, things go from bad to worse. It's not only the main players who have scores to settle: as Vila discovers to his cost, everyone is out for themselves.
If he's going to survive, he's going to need every one of his legendary skills.

The writer says that 'creating a gallery of rogues, studying what drives them all, then sending them to their doom... is exactly what Blake's 7 has always been about'. Lisa Bowerman adds 'discovering that the end isn't what you expected also means you need to find out how the characters feel about it, and who they're doing it for'.

I believe this emphasis on exploring the characters is what made the television series special, and what makes these continuing adventures possible. That, and the team behind making these recordings. We're used to the high standards Big Finish has set, and Entrapment does not disappoint. Although it's the middle part of a bigger story, it's very much an episode in its own right.

Oh - and the variety of different spoken accents solved my previous identification problems.

3. The Offer by Peter Anghelides 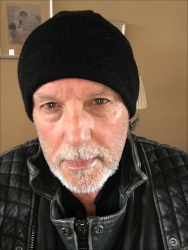 You couldn't have a story about the Terra Nostra without an offer you couldn't refuse, surely? Although, with the history these characters have, they'd definitely want to know a lot more before they accepted it.

We've reached the third installment, the one where all the loose ends come together. Details that didn't seem important before - in some cases a long time before - suddenly return to skew the plot in a new direction. It's a fine example of what can happen when individual authors collaborate, and with Peter Anghelides bringing it all together it succeeds on many levels.

The location is Space City, seen previously in the television episode Shadow; described as 'the satellite of sin, a place full of people doing dodgy deals'.

We are led into surprising discoveries where the plot doesn't just have a twist or two, it's more like a piece of knitting. Vila stars, Jenna reappears, and for another returnee, we see how the hurt of a broken promise can lead to unexpected problems years later. Old friends and enemies alike return to play their part in an adventure that shows how life changes people, and not always for the better.

Overall, it's a satisfying trio of tales, asking and answering many of the questions fans have speculated about for years. Starting from the television series, small clues, lesser characters and even throwaway remarks have been expanded, and the result creates a much bigger picture.

I wonder where we go from here - I'm looking forward to finding out.

Cover art is by Tom Newsom, where the characters are surrounded by deep darkness...cleverly conveying the atmosphere of the stories.

Terra Nostra gave Sound Designer Jamie Robertson plenty of scope. The theme music is upbeat and dramatic, with excitement and just a hint of an undercurrent... reflecting the themes of these stories well. In terms of sound effects, we expect the usual footsteps, laser blasters, explosions and steady-state onboard ship system noises, but we haven't had seagulls before. There's a huge range of sounds here, expertly applied, which do so much to set the scene and help our imagination. Nice background bar chatter and clinking of glassware in Space City; occasional 'stings' of expectant chords or sneaky ones that add colour; while the brief blast from an accordion is simply glorious.

Many thanks to the Big Finish team for their hard work behind the scenes, and congratulations to the cast for a job well done. 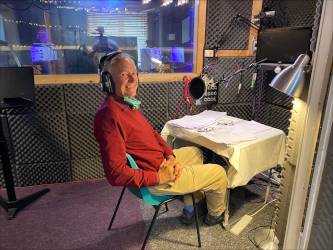 Cover art by Tom Newsom
Photos of Sally Knyvette, Karl Howman and Michael Keating courtsey of Big Finish
Current Poll
Which is your favourite B7 series?