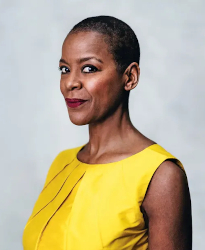 Josette Simon plays defence attorney Angela Regan in the Netflix TV mini-series Anatomy of a Scandal, beginning on 15th April. A sexual consent scandal amongst British privileged elite and the women caught up in its wake.

She features in Episode 1 of TV mini-series Crossfire, currently in post-production.

She plays the Woman in Black in the short film Wagwan, currently in pre-production. As two visibly confused men who are restricted to using one word to communicate encounter each other on the planes of an unknown purgatory, they discover that their need to be confrontational could be the very thing that destroys them.

Josette was interviewed by the Guardian for their Q&A feature that can be read here: Guardian Interview.

Photograph by Pip for the Guardian
Current Poll
Which is your favourite B7 series?