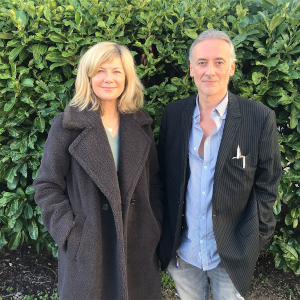 Glynis Barber plays Sheriff Nicholaa de la Haye in The Outlaws, the opening story in the new Doctor Who series from Big Finish, starring Stephen Noonan as the First Doctor.

Landing in 13th-century Lincoln, the Doctor and Dodo are soon caught up in the battle between Sheriff Nicholaa de la Haye and outlaw gangs in the nearby forest. King John requires funds for his conflict with France, and Nicholaa is determined to provide them, whatever the efforts of William of Berkshire and his gang of wolves’ heads…

Doctor Who: The First Doctor Adventures: The Outlaws is available now from Big Finish.

Photos of Glynis Barber and Stephen Noonan courtesy of Big Finish
Current Poll
Which is your favourite B7 series?