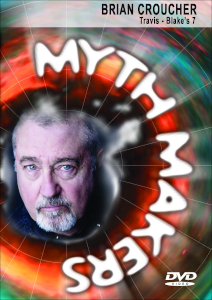 A fantastic Special Offer to mark the 40th anniversary of the transmission of the last episode of Blake’s 7 on the 21st December 1981!

The new MYTH MAKERS interview with BRIAN CROUCHER together with Reeltime's BLAKE’S SEVEN compilation of previously released interviews at the bargain price of only £15! (Usual price is £11.50 per DVD)

BRIAN CROUCHER - MYTH MAKERS Hosted by Ian Kubiak
I was going to make that part my own … just as Stephen Greif had also made the part his own.

Brought up in London, Brian has had a hugely successful career as an actor on stage and on screen. He’s also directed in the theatre. In this MYTH MAKERS interview, Brian chats to Ian Kubiak about his career and why he always seems to play tough guys.

But mostly he talks about Space Commander Travis in Blake's 7 - the role for which he’s probably best remembered! 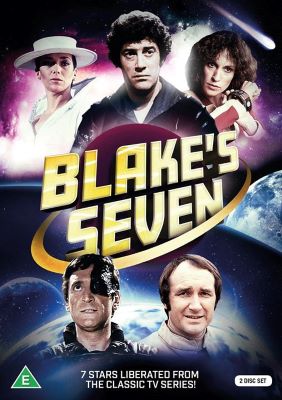 This two-disc special collector’s edition provides six hours of pure nostalgia for Blake's 7 fans, as well as a whole new insight into the making of your favourite science fiction series!

This production is not made with the consent or approval of the BBC or BBC Worldwide Ltd. Reeltime Pictures are solely responsible for the content